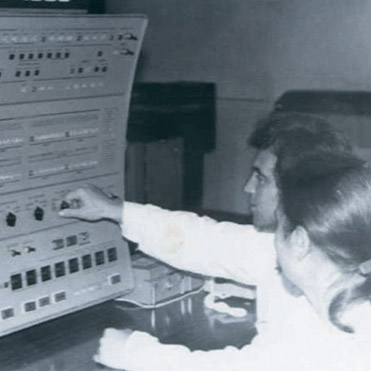 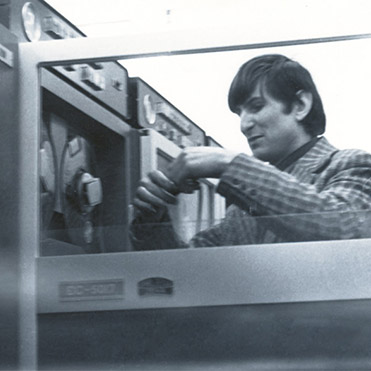 The history of «VTI» PrJSC began in 1972 with the establishment of the Kyiv Specialized Production Office within the USSR computing program. The objective of this program was entire country’s computing on the basis of single series of computers that would ensure startup, adjustment and technical maintenance services for newly created series of computing machinery.

In 1976 the Specialized Production Office was reorganized into the Production Association ZapadEVMkomleks that was induced by the increase in human resources and technological capacity.

By the end of 80s the Production Association ZapadEVMkomleks comprised more than 15 regional departments in the biggest cities of Ukraine and Moldova as well as technical maintenance centers almost in every city of Ukraine. At that time more than 5 thousand people worked at the enterprise. The specialists of the Association studied all types of single series computers starting from ЕС-1020 up to ВК-1066, and associated basic software.

In 1987 the biggest regional department of ZapadEVMkomleks – the Kyiv Department – was reorganized into the Kyiv Enterprise of Computer and Information Sciences (KP VTI). The goal of the enterprise was to significantly expand the fields of its activity. Besides the traditional activity (start-up and adjustment works, technical maintenance) the enterprise began to partake in project works, including the development of specialized software.

Since 1990 «KP VTI» has efficiently assisted in complex re-equipment of computer centers of the companies and organizations of Ukraine, including the migration of outdated platforms to the new ones, and the transfer of previously developed application software into a new operating environment. The knowledge and experience gained in this process laid the foundation for industrial engineering of the custom-designed «turnkey» software for national economy enterprises.

In 1995 «KP VTI» began to execute a large project for the State Administration of Rail Transport of Ukraine dealing with the creation of national management system «Express-UZ» for rendering a full range of services for railroad passengers of Ukraine. In 2000 a startup complex of this national system was put into operation. It was this project that played a key role, while forming the strategic directions of company’s activities.

In 1996 «KP VTI» was reorganized into the Open Joint Stock Company «KP VTI». The principal aim of turning into the joint stock company was to establish an enterprise with a flexible structure based on experience and qualification of national specialists and high technologies of foreign business partners. Such an enterprise was supposed to offer to the markets in the CIS, Central and Eastern Europe the state-of-the-art technologies and solutions with prices affordable to this region customers.

In 1996 «KP VTI» OJSC was assigned by the Decree of the Cabinet of Ministers of Ukraine as the main developer of the Unified State Automated Passport System – today, the State Information System of Individual Persons’ Registration and their Documentation. The centralized processing and issuance of the Ukrainian travel passports are being performed within this system. It was this project that placed the enterprise among the top developers of information analysis systems.

In 2002 the Unified State Automated Passport System was put into operation owing to «KP VTI» OJSC efforts, and the issuance of travel passport for the citizens of Ukraine of the 2001-year sample started.

In 2004 «KP VTI» OJSC started to implement sophisticated projects on the implementation of IDs and associated information systems.

Development of the State Information System of Individual Persons’ Registration and their Documentation (SIS), enthusiastically elaborated by the specialists of «KP VTI» OJSC, is a very distinctive project for the company. Basic objective of the first stage of SIS implementation was decentralized issuance and registration of travel passports.

Within 2008-2010 «KP VTI» OJSC has developed in Ukraine the decentralized network for the issuance of IDs in the form of plastic cards (driving licenses, vehicle registration certificates, technical inspection card for a vehicle, permit for keeping and bearing arms, etc.).

In 2008 the Company won a tender in the Republic of Kenya with 25 leading world companies as bid participants. By the tender results the contract with the Government of Kenya was signed on supply, installation and putting into operation of the Integrated Population Registration System (IPRS). In February 2009 «KP VTI» OJSC successfully fulfilled the project on Integrated Population Registration System (IPRS) that was endorsed by the client.

In 2009 the development of technology of electronic personalization of identification document data medium in the form of contactless chip was completed. This data medium obtained expert opinion of the State Service of Special Communication and Information Protection of Ukraine and can be applied in the identification documents (e.g., travel passport of Ukraine, service passport, diplomatic passport etc.).

In September 2009 the e-passport sample positively underwent the international tests on the compliance with the ICAO requirements. «KP VTI» OJSC participated in the development of this sample.

In October 2009 the project on the production of e-passport for INTERPOL officers based on the technologies developed by «KP VTI» OJSC was initiated.

Since April 2010 «KP VTI» PJSC has continued the elaboration of IPRS Project in Kenya within the contract on the provision of population registration and birth certificates issuance.

In 2012 «KP VTI» PJSC entered the international market with the technology of manufacture of driving licenses on plastic basis with embedded contactless microchip. Solutions elaborated within this project have been successfully applied in creation and implementation of complex system of Prosecutor General's Office personnel registration. Prosecutor General's Office has obtained high-tech secure identification cards which serve both as an identification document and means of access control.